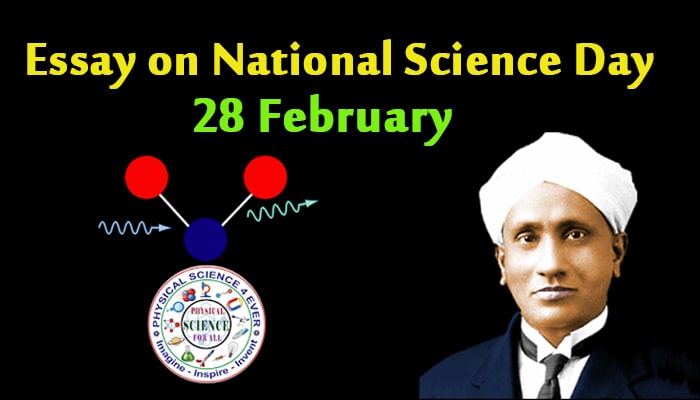 National Science day is celebrated every year on 28th February to mark the discovery of RAMAN EFFECT by renowned Indian Physicist Sir C.V.Raman. This day was observed on the recommendation of National Council for Science and Technology Communication (NCSTC) to the Government of India. It was first observed in the year 1987. The event is celebrated across several educational institutions viz Schools, colleges, universities, etc with great zeal. It is also observed in various medical, science and research institutions across India. Various themes were assigned with National Science day since the year 1999.

“Our Altering Earth” was the first theme for National Science Day- 1999.

“Women in Science” is The theme for National Science Day-2020.

The theme for National Science Day-2019 was “Science for the People, and the People for Science”

National Science Day is being celebrated every year to widely spread a message about the significance of scientific applications in the daily life of the people.

Sir C.V.Raman was a renowned physician born in 1888. He was awarded Noble Prize in Physics for his discovery of ‘Scattering of Light’ famously known as ‘The Raman Effect’. Sir C.V.Raman is remembered for his major contributions in the field of vibration and sound, musical instruments, ultrasonic, diffraction, metrological and colloid optics photo-electricity, x-ray diffraction, magnetism, dielectrics and the Raman Effect.