World Wildlife Day 2020 would be celebrated on Tuesday, March 3rd, 2020.  Wildlife, as we all know, plays an utmost important role in maintaining the balance of life on our planet. The Wildlife includes all the faunal diversity present on Earth living in the wild. The more the wildlife, the more would be the ecological balance of the area. The wildlife provides stability to different natural processes of nature.

The term, ‘Wildlife’ was first coined by Sir Thomas Lovejoy. He is a renowned conservational biologist from New York. He is also known as “The Godfather of Biodiversity”. He has received the Tyler Prize for Environmental Achievement in the year 2001, BBVA Foundation Frontiers of Knowledge Awards in the year 2008 and Blue Planet Prize in the year 2012.

Theme: “Sustaining all Life on Earth“

The World Wildlife Day is celebrated every year to raise awareness of the World’s wild animals and plants. The growing incidences of unsustainable human activities, overpopulation, destruction of animal’s habitats all leads to the need for celebrating this day. Speaking of today’s context, nearly a quarter of all the species are at risk of getting extinct. The theme this year, sustaining all Life on Earth, encompasses all life forms on the Earth be it wild animals or plant species. It also includes and pays a special attention to the livelihood of the people, especially those living in close vicinity of nature.  The day is celebrated to step up the fight against wildlife crime and human-induced reduction of species.

The United Nations General Assembly has declared 03rd March to be celebrated every year as World Wildlife Day. The UN General Assembly took this decision in the year 2013. On this day, the Convention on International Trade in Endangered Species of Wild Flora and Fauna (CITES) was also signed. The CITES regulates and manages the trade of wild animals and plants across countries.

How We Could Contribute:

Some Endangered Species that need to be conserved: 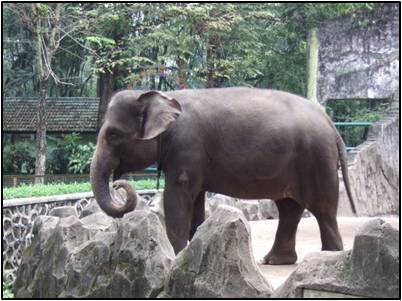 The Black Rhinos can be distinguished from the African Rhino species by their hooked upper lip. They are aggressive and lead a solitary life. They are natives of Eastern and Southern Africa (Botswana, Kenya, Malawi, Mozambique, Namibia, South Africa, Eswatini, Tanzania, Zambia and Zimbabwe. 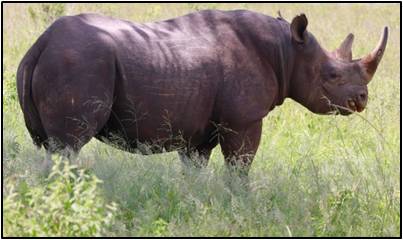 The Hawksbill turtle have a worldwide distribution with Atlantic and Indo-Pacific subspecies. It is found predominantly in the tropical reefs of Indian, pacific and Atlantic oceans. 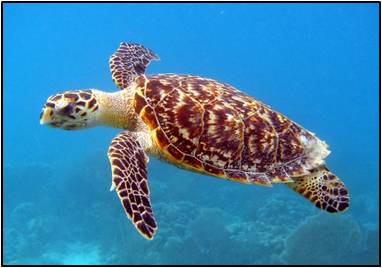 The Blue whales are the loudest mammals on Earth. It is also the largest mammal present on planet Earth. They feed exclusively on tiny shrimplike animals called krills. Blue whales live in all the world’s oceans occasionally swimming in small groups but usually alone or in pairs. They usually spend summers feeding in polar waters and undertake lengthy migrations in the direction of the Equator as winter arrives. 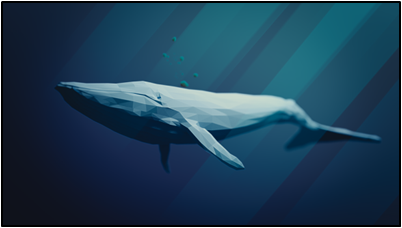 It is the largest primate species of South America found also along with the tropical forests of Central America. It is also found scattered along South Mexico to Brazil. They prefer to live in loose groups of 15-25 individuals. Spider monkeys are diurnal and spend the night sleeping in carefully selected trees. It relies mostly on Fruits and nuts for feeding. It plays an important role in seed dispersal in tropical rain forests. 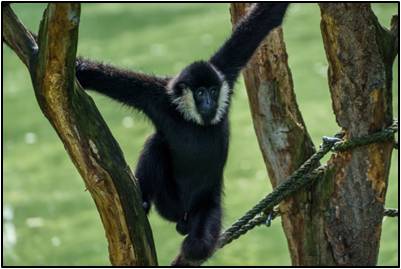 Hippopotamus is a terrestrial, freshwater and marine species. It is a herbivorous mammal native to Sub-Saharan Africa. It is the third-largest mammal on Earth after the Elephant and Rhinoceros. It is also highly dangerous and unpredictable mammal. It is also known as ‘River Horse’. 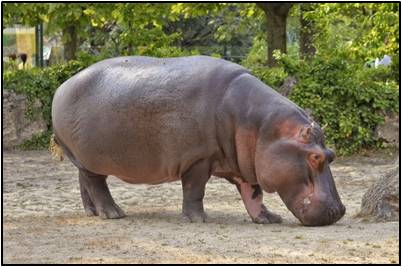